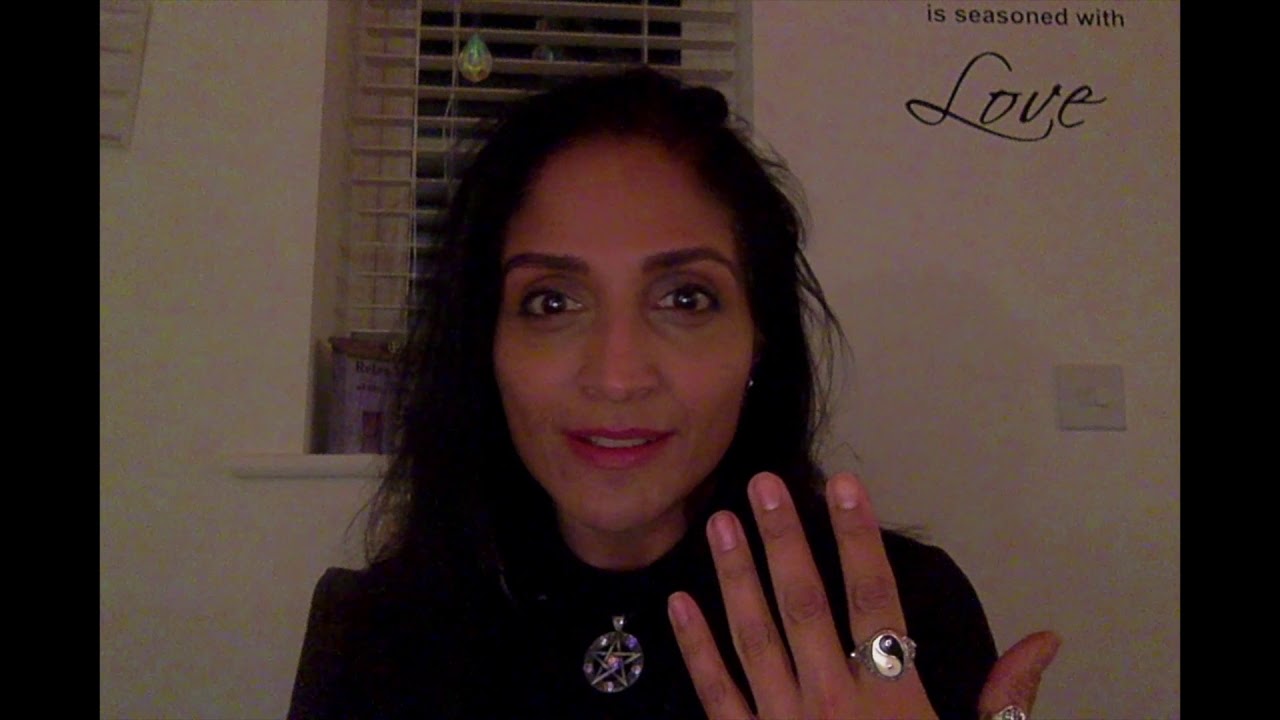 Humanity towards all Humanity

Put your oxygen mask on first before helping others....

Peace...it's always an inside job 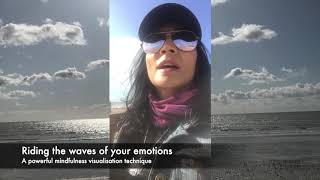 Ride the waves of your emotions

Embrace the wildness in you

Act in haste...regret at leisure

Self love: Self Acceptance

Protection is better than cure!

Your body ~ your temple

A guaranteed way to a happier You!

The gift of calmness

There have been many spiritual questions about Stonehenge over the centuries, questions that archaeologists simply cannot find an answer to. They have dug up and discovered human remains, for it has for many thousands of years been used as a cemetery as well as a place of worship and ritual. The giant blue stones that were, allegedly, transported from the Preseli Hills in Wales have, according to legend, healing properties and therefore are a fitting way to mark a temple that was also used as a cemetery.

My latest blog explores the mystery and mysticism of Stonehenge, from the vast history of the site, which dates back nearly 10,000 years, to strange disappearances, Stargate theories and finally, my own spiritual experience of the site, first hand.

Stonehenge is, in all probability, the most important temple in Britain. It has an incredibly long history, with Mesolithic (Middle Stone Age) posts being erected close to the site as far back as 8,500 BC. Pottery pieces and artefacts, that have been recovered from excavations, date back to 4,000 BC.

The surrounding area was a natural provider of food and shelter which caused people to settle there. However it is important to note that there is no evidence of houses or villages ever having been built on the immediate surrounding landscape, which is vast and openly visible upon approach from any direction. Why? What is it about this beautiful, powerful land that draws humans in droves to visit it, but historically repelled people from settling and actually building their homes in the area? Could it be that the strength and intensity of the energy contained within, combined with the sacredness of the land, naturally deterred people from inhabiting it?

A Henge by definition refers to earthwork from the Neolithic (New Stone Age) era. Stonehenge is an atypical henge, as the ditch is outside the main earth work, which further adds to the importance, mystery and uniqueness of the site.

Ley lines: Stonehenge is a quintessentially prime example of an ancient sacred site. It is positioned at the convergent point of no less than 14 Ley lines. Ley lines can be discovered by drawing lines from one ancient sacred site to another. Many ancient sacred sites were usurped by the Christians and now have churches built on them, but regardless of the building or it’s purpose above ground, the energy within the ground remains the same.

My first visit to Stonehenge was in February this year. It was a typically cold and blustery British winter’s day. The energy of Stonehenge, as I approached, was palpable, and indeed as I neared the centre of the site and the circle of stones, I felt a distinct pressure on my chest and a sensation of feeling ‘charged’ – almost like feeling buzzed and full of energy. It was not a painful sensation, but it was rather intense. I spent much time walking around in silent meditation whilst becoming comfortable with the sensations the spirits were bestowing upon me.

The second remarkable observation I made was that in certain places the ground felt – to me – almost warm, and I had the strangest desire to lie upon Mother Earth and soak up her energy. The convergence of Ley lines in this location creates a strong pull, particularly to those who are awakened to spirit within and around them.

It was pleasantly amusing when a large Rook decided to accompany me on my walk – despite the fact I had nothing to feed him. As a wild witch I am quite accustomed to birds joining me on my many forages in nature.

For those reading this blog who have not managed to explore my previous ramblings, I am a spiritualist and a wild witch. I enjoy drawing upon and basking in the energies of our great Mother Earth, I harness the healing property and great gifts She bestows upon us so freely, and I cherish and honour all forms of life.

My second visit to Stonehenge, (as once discovered it is most definitely a place that draws you back), was for the spring Solstice. The spring Solstice is a smaller event than the summer Solstice, but during each Solstice you are able to enter the circle.

The whole energy of Stonehenge was different that day. There was a feeling of vibrancy, celebration & peace. The people gathered were collectively broadcasting a beautiful energy, which of course was boosted by the very fact that they stood upon a powerful energy nexus.

There are many mysteries surrounding Stonehenge that, as aforementioned, remain unfathomable to archaeologist and historians alike.

First; the sheer age of the place. It was in existence just after the last ice age, when Britain was still physically joined to Europe. Before the stones, there was a wooden circle and preceding that it was just a henge, a circular mound carved into the Earth. How was it first discovered? Why was it first built? If the people were not guided by spirit to discover and harness the energies of the Earth, what were they guided by?

Secondly; the alignment of the stones. They run from north-east to south-west which reflect and highlight the important cycles of the Sun. During the summer Solstice, the sun rises behind the Heel Stone and the first rays shine into the heart of Stonehenge. This is in keeping with Paganism, Druidism and Earth-based faiths who celebrate and worship the energy of the Earth and surrounding planets. Truly proving this to be the remains of a marvellous temple indeed to worship in and give thanks for the abundance our beautiful Mother Earth freely showers upon us.

Thirdly; the convergence of Ley lines and the concentration of energy at Stonehenge has led many to explore the potential that it is in fact one of ten alleged Stargates that can be found on our amazing Mother Earth. This of course, is all theory held by those who believe in the existence of such things, but let’s not forget that much of the knowledge held by our ancestors at a time devoid of technology and scientific discovery was often shrewdly accurate.

This leads me nicely to the fourth aspect of mysticism surrounding Stonehenge, another mystery or urban myth; the disappearance of five people during August 1971.

There were a group of young people who decided to camp, drink and immerse themselves in the spirituality of Stonehenge. The story goes that they were having much fun and revelry around their campfire until approximately 2am, when things went very wrong.

A passing policeman witnessed an exceedingly bright, blue lightning-type of light hit Stonehenge and screams were heard. He went to investigate and help, with the aid of a local farmer who also witnessed the event, but upon arrival, discovered that the people had disappeared. The campfire had been extinguished and there was no sign of the revellers, only their scattered belongings remained. Could it be that they had inadvertently opened or triggered a Stargate portal? Could the lightning storm have triggered the opening? Or did they simply anger the Gods and bring about some seriously dire karma? There are many mysteries hidden in plain sight all around us, where science and rationality fail to surrender answers, we must inevitably turn to spirit for our revelations.

The difference between this story and other urban myths and legends is in the detail. The names of the five people are actually known, (Julia Ashton, Lucas Addams, Shay Wilson Jr, Daniel Wilson& Wilma Rupert). The diary of one of the revellers, (Daniel Wilson), was found nearby and can now be viewed online. I have added links for those who wish to explore further.

Whatever your beliefs or views, the compelling energy of Stonehenge, the vibrations in the ground, the strong spiritual presence, and the sheer magnitude of the age of this temple, combined, point most certainly towards Earth magick and the mysticism contained within.

There are so many inexplicable phenomena upon this great planet and ultimately we hold the choice of vision within our own hands.

Do you choose to perceive this great Mother Earth as just Earth, where all is coincidence and very much three dimensional? Or do you choose to open your third eye and see the beauty in synchronicity, the prospect of fourth, fifth & sixth dimensions in existence around us, hiding in plain sight? Secure in the knowledge that there are no coincidences, and the world is, in all essence, a truly magical place indeed!

For myself, there is no question, the latter view is a reality, and truly where all the fun and magick resides. Always remember, there is no exclusiveness with Earth energy & spirituality, she is freely available to all who seek her.

I hope you enjoyed my ramblings.